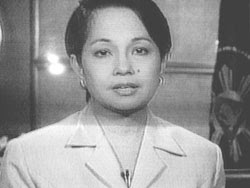 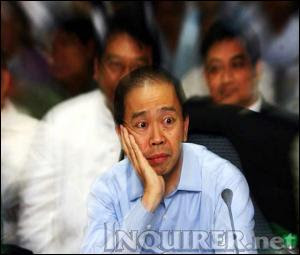 (Thanks to Jen for initiating the blogswarm.)
Posted by cvj at 12:00 PM

In June 2005, Pres Arroyo said sorry for cheating her way into the presidency in 2004. She said, "I want to assure you that I have redoubled my efforts to serve the nation and earn your trust."

I think two and a half years is more than enough time for her to gain back our trust. Sad to say, she has failed in earning our trust back. And so I join you in your call for Pres Arroyo's resignation.

Thanks Brian! The type of technology described in that link requires some time before the eavesdroppers can decrypt the text message. That means that the kidnappers of Lozada are either bluffing, or they use other technology that enables them to see the plaintext message immediately. I just wish the Senate staff were more tech savvy and then they can summon the Telco's. Perhaps Lozada himself can lend them a hand in this area this time as a technology resource person.