Snapping out of the Financial Crisis

Back in the year 1582, the dates October 5 to 14 (inclusive) did not exist in the Roman Catholic world* by virtue of a decree by Pope Gregory XIII. This meant that October 4 was followed by October 15. Skipping over ten days was a necessary step to compensate for the misalignment with the seasons that crept into the Julian Calendar over the centuries.

I wonder if the Chairman of the United States Federal Reserve (whose authority is often compared with that of the Pope) can fix the current subprime mortgage-induced Financial Crisis in a manner similar to Pope Gregory's approach.

This is not to say that the Fed can solve the USA's very real economic problems by decree, nor do i think that it is possible to avoid a recession. However, i believe that these real economic problems are being compounded by a crisis involving artifacts of finance and accounting. It is this latter element which i believe can be eliminated by decree. The current crisis can be broken down into a few related, but distinct elements:

A. Collapse in House Prices: The bursting of the Housing Bubble has impaired the ability of mortgage holders to pay off their housing loans.

B. Reduced Demand: With the fall in the values of houses and other investments, the elimination of the Wealth Effect has resulted in a decrease in consumer demand which feeds the economic downturn.

C. Credit Crunch (Internal): The reluctance of banks and other financial institutions to extend loans to each other due to the uncertainty in the financial health of these institutions as a result of their having traded in potentially toxic financial instruments.

D. Credit Crunch (External): The unwillingness by banks and financial institutions to extend loans has spilled over to a general to businesses, government and the general public. 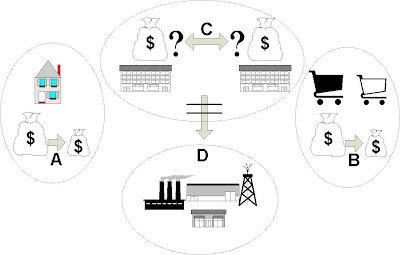 Figure 1: Elements of Economic Crisis (click on image to enlarge)
While nothing much can be done with the collapse of house prices ('A') and the resulting decrease in consumer demand ('B'), i believe there may yet be an opportunity to decree-away the Credit Crunch among Financial Institutions ('C'), and save the real economy from the worst effects of such a credit crunch ('D').

Update Oct-6-2008: Economist blogger J. Bradford DeLong, gives an indication of the relative proportions of some of the above categories:

"We need to set up a master netting system where all trades and transaction, positions, are all downloaded nightly. The regulator would have a complete view of the financial landscape."

This is an opportune statement since part of what i have in mind is for the Fed (or designated regulator) to set-up and use such a master netting system to offset the toxic financial instruments that these banks and financial institutions owe each other. The other part of what i have in mind involves actions such as a declaration by the regulator that Credit Default Swaps (CDS) will no longer be honored and any premiums paid on this financial instrument will be returned (and any income recognized on these instruments reversed). The objective of such type of regulatory actions would be to untangle the complex web of derivatives that are currently undermining confidence in and paralyzing the global financial system.

Update Oct-7-2008: Economist-blogger Tyler Cowen reports that the proposed clearinghouse for Over the Counter (OTC) derivatives is moving closer to reality. As Cowen explained:

"In essence homogenization and trading through a clearinghouse limits the leverage issue to a single, easily-regulated institution and therefore it limits the problem of counterparty risk"

Update Oct-8-2008: Physicist-blogger Sabine Hossenfelder makes a good point in highlighting the virtual character of much of money (and credit)...

"Now keep in mind that only a negligible amount of the money traded is actually used for consume. The vast amount of it is a pushing back and forth of promises, people trying to be smart, people panicking, people losing faith, people trying to save what they think is left. There are records of all these trades."

...and recommends, among other things, to "Reset the distribution to an earlier state ".

Update Oct-11-2008 10:40am: I just tuned in to CNBC and found the talking heads criticizing the underlying concept behind Credit Default Swaps (CDS). My question is, why only now? Where was such criticism during the good times when CNBC (among others) was cheerleading the bubble? In any case, i sense that the underlying zeitgeist is starting to move toward my suggestion above to declare these instruments null and void.

*As per the referenced Wikipedia entry, among the non-Catholic countries, the Gregorian calendar was adopted much later.
**range of values from 2003 to 2007.
Posted by cvj at 11:39 PM

Regarding :A. Collapse in House Prices: The bursting of the Housing Bubble...

Hi UPn, i would have thought so as well but this and this indicates a relationship between negative equity and ability to pay.

This is another example of "...that it often requires more than one or 2 sentences to explain a phenomenon."

Now I can "see it" as to why equity (and the value of the assets that one "owns") very quickly affects one's ability to pay. This, in fact, is what Paulson says is justification for the $700B bailout/rescue package.

One's financial "worthiness" and "abilities" does depend on cash-flow as well as on the balance sheet. Many folks' ability-to-pay depends on their "ability-to-get-credit". And creditworthiness depend on various metrics that includes net-worth and equity-over-liabilities ratios.

Yes, that's it UPn. Thanks that's a clearer explanation.

Nice that a physicist has weighed in. :-D As Ive said in RO's comments section, our present monetary system violates the fundamental laws of physics. It's the State-Oligarch alliance masquerading as the 'free market' that benefits from this monetary system. The first law of thermodynamics says that you can't create something out of nothing.

Hi Jeg, yes i'm also glad the physicist-blogger weighed in. Their Backreaction blog is one of my current favorites.

With regard to your view on money and the free market, i would say that is eclectic (which is not necessarily negative). If you can blog more about your view on the monetary system so i can understand it, so much the better.

Hi cvj. I gave up on trying to write about the money thing. Too complicated. Fortunately the guys behind the Zeitgeist movie decided to tackle it here: Zeitgeist: Addendum.

Thanks for the pointer Jeg. I've downloaded the movie...the first 12 minutes seems to be the standard (and interesting) explanation of how money is created....will let you know what i think after i finish watching.

It gets weirder towards the end. Not exactly endorsing the Venus Project, but, well... interesting.